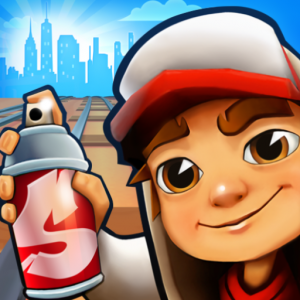 Subway Surfers is a popular endless obstacle course platformer game in which you have to help the main character escape from an angry inspector with a dog.

During the run, Jake (this is the name of our main character) will need to dodge trains and barriers, as well as collect coins along the way. The game has several bonus items: Jetpack, Super Boots, Coin Magnet and Multiplier, with which you can fly, jump high, attract coins and double the number of points received for a while.

According to the coins obtained in the game, you can “pump” the main character, giving him new properties, or developing existing ones. The game is updated frequently, while improving the graphics and adding the ability to select new cities in the world in which to run along the train tracks. 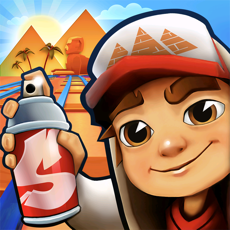