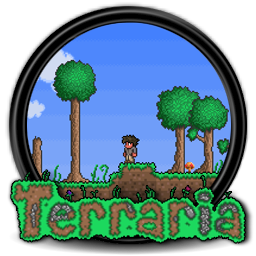 Terraria is a mobile indie adventure sandbox game. The player will have to extract resources and build various structures in the procedurally generated two-dimensional world. Card sizes reach 4200 per 1200 cells.

Terraria graphics are similar to computer games from the 16-bit SNES game console. The player will explore the world, search for treasures and fight with opponents.

Terraria can be played over a local area network with Wi-Fi connectivity. Up to four people participate in matches, regardless of the platform with which they play.

Adventure action movie developed by the American studio Re-Logic. The game runs on devices running Android version no lower than 4.0.3, as well as having 512 MB of RAM (1 GB recommended). To install the game you need 49 MB of free space.

The game has an age limit of 12 years, as it has an average level of violence and sexual overtones.