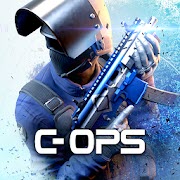 Critical Ops is a wonderful, realistic shooter where you can play for a terrorist organization or for special forces. Here is a unique opportunity to visit on both sides of the fire and gather the best team of all time. The game contains elements of violence, therefore it is not recommended for children under 16 years of age.

The Critical Ops app is a great example of a quality game. Here the player is given some freedom of choice. You can decide for yourself which side you are on. If you want to be a good guy – join the squad in the fight against terrorism. Search abandoned buildings and try to find the bandits’ shelter. Sometimes you have to dodge the enemy’s bullets and try to mine the explosives planted by the enemies.

Two teams – two goals. One team needs to install a bomb and defend it until it explodes. The second team is to defuse the bomb. Show your edge on the battlefield!

Two teams fight for a limited time in battle to the death. And let not a single bullet be wasted!

Two teams fight each other, and each player goes through all types of weapons in the game. Get ready!

Play in all available game modes in fast games with an opponent similar to your skill level.

Fighters fight each other for points and defend their rank in a more competitive version of the Disarm with the selection of an opponent. Climb to the top of the ranking!

The classic version of the game in Critical Ops. Create a room with any type of game available, or join an existing one. You can set a password to restrict access to the room.

Regular updates increase the performance of the game, there are new game modes, functions and skins that allow you to express yourself in the game. Critical Ops will always be a FREE game. For money you can buy only decorative elements. 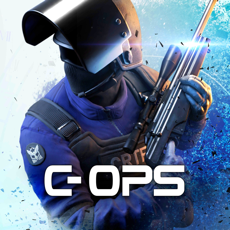