Pokemon Go – a game that captivated the whole world and “blew up” the market for mobile gadgets. This is the first game in the world that has forced gamers from all over the world to leave their homes and run around the streets of their city in search of Pokémon before they are found and caught by competitors.

The meaning of the game is simple: players need to look for Pokemon in the open world, challenge them to fights and catch in case of victory. In order to catch a Pokemon, you need to move around the map, and when there are several steps to the Pokemon – throw a pokeball at him.

The world of Pokemon is full of various types of monsters, which can be distinguished thematically. If, for example, you want to catch a water pokemon, then you should look for it near the water (beach, promenade, pool, fountain), but if you have night pokemon, you won’t find it in the daytime.

In addition, players are given the opportunity to grow Pokemon from an egg, as well as pump over the already caught Pokemon. This allows players to increase their rating in the game, which in turn opens up the possibility for them to catch strong Pokémon and receive rewards for this.

Pokemon Go is not just the pursuit of Pokemon, but also the process of creating an invincible team from them. Putting your team against an opponent in a special training room, the parties exchange blows. The winner of the battle receives points that are added to his level. 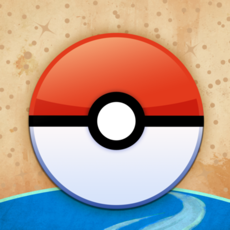